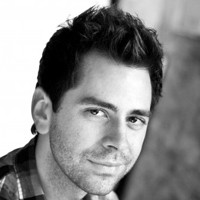 Beginning his career as a child performer, Noam found early success as an actor in film, television, and commercials. Over his high school and university years and primarily through self teaching, Noam developed his working knowledge of professional production and post-production techniques, processes, and equipment. Over this period, he eventually moved away from performance completely and into editing, cinematography and eventually directing.  With a University degree in Psychology, many of Noam’s films have had themes tied in with the human psyche.  Notably, his first three short films were; Return to Them (2009), Forgive Me (2010) and Unsound (2011). All three films have been screened at various festivals internationally.

In the fall of 2011, Noam began production on his first feature film, titled “Footsteps”. As of January 2012, the  feature has been completed and Noam is excited to tour this years festival circuit with the film.  In addition to his narrative work, Noam also runs a small production and post production house called “Creative Rebellion”. There he handles broadcast and film work on a daily basis.