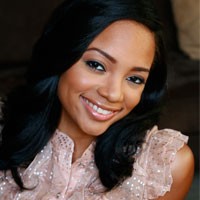 London was born in San Antonio, Texas and raised in Detroit, Michigan. As an only child, London’s childhood dream was to become an actress. She was constantly entertained family and friends with her multiple sketch character performances.

Sadly, at an early age, London lost her parents. She then moved with her grandparents to Laurens, South Carolina. Growing up, she continued dreaming of one day becoming an actress. At sixteen, London ventured out on her own. She moved back to Detroit; where her dreams of acting and modeling began to fade, as the reality of life for a young girl, on her own, hit her smack in the face.

In 2008, London was approached by a local director, to play a role in the stage play, “Crazy Folks”. This was London’s first acting role. It was here that she discovered that she had a natural gift for acting. London then began pursuing an acting career. She signed with the Detroit talent agency, Productions Plus, where she booked her first commercial for ProMedica.

London’s career took off rapidly. Her charm and grace, catapulted her into a modeling career. Inspired by her cousin, who was a former Miss Michigan, she began to build her brand by entering beauty pageants and hair shows. London soon became known as the new face of Detroit — leading to her first cover for “Intrinsic Boutique Magazine”; followed by the back cover of “Black Hair Magazine”. She began modeling in local runway shows throughout the city.

In 2012, she was booked as one of the models for the New Orleans fashion week runway show. London relocated to Los Angeles, California in August, 2013, where she was signed to Management by Timely Entertainment, Inc.