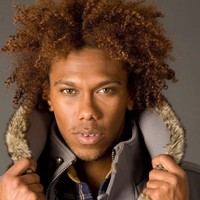 Born: March 23, 1981, in Sacramento, CA. By the age of three, Jesse Lewis IV made it quite clear he was destined for success in the entertainment industry. He began motivating his mother to allow him to audition for national commercials including Gerber, Coca Cola and a slough of other companies.  Around this time, he attended Liz’s School of Dance in Chicago where he studied Tap, Ballet and Contemporary Jazz. By age six, Jesse was competing in national competitions to cultivate his competitive spirit and love of the arts. He later signed on as a face of the West Coast Kids division, appearing in print, commercials and radio ads for major department stores including Macy’s and Weinstock’s.  Although he had a lot of success in advertising, there was no comparison to Jesse’s love for Television and Film. He began hosting the popular children’s show, “My Story 95” on the newly formed WB network on the local affiliate in his hometown of Sacramento, CA and, concurrently signed on as a radio personality for the teen radio talk show, “Youth Talk, KJAY 1430AM.” Incredibly, throughout this early part of his career, Lewis had never  obtained representation and was booking jobs solely on his own merit. He was recognized by casting directors as having that certain spark and tenacious spirit necessary to realize his dreams. He continued to appear in print ads for Macy’s/Weinstock’s but garnered even higher visibility for being featured on the cover of the Children’s Home Society of California. After this cover began circulating throughout Northern California/Bay Area and landed in Sacramento, Jesse had to consistently reiterate that he was in fact not a foster child, but merely a model. This experience educated Jesse on the overwhelming influence of media and his duty to become a proactive contributor. He became a member of the Attorney General’s Youth Commission under Governor Pete Wilson as well as the Lead Host for the Teen Town Hall Forums series with the county of Sacramento, where he facilitated town hall forums that identified and expressed issues that affect the youth of Northern California. Lewis was also highly praised for his performance hosting a four-part  televised series following the murder of high school student, Michelle Montoya. The series featured interaction between the students and faculty of Rio Linda High School and California Governmental Officials.

Upon graduation, Jesse relocated to Newton Centre, MA to attend Mount Ida College where he competed as a collegiate-level horseman. However, after being offered a full academic scholarship, he transferred to Alabama A&M University. In Alabama, Jesse never allowed his location to be a hindrance. He worked on the feature film “Constellation” (2005) which was filmed in Huntsville, AL as well as on the NBC affiliate Huntsville station in News and Reporting.  He moved to Los Angeles in 2005 and quickly began landing small roles on such television series as “I Love the 80’s 3D” (2005), “My Own” (2006), “Gene Simmons-Family Jewels” (2006) and, “The Tyra Banks Show” (2006). Jesse continued landing small roles until he starred on the highly successful reality series, “America’s MOST Smartest Model” (2007), which led to his appearance on the FOX series, “The Wedding Belles” (2007) and his first feature film roles in “Eye See Me” (2007) and “Meet The Spartans”(2008). Shortly after the success of “Meet The Spartans”, his show “America’s MOST Smartest Model” went into international syndication where it has stayed for more than a year. Jesse booked a national commercial for Panasonic/Japan which went world-wide, prompting his success in many countries he never imagined. He currently has signed on to act in and associate produce a project with Italian film director, Claudio D’attis as well as work with the African-based production company Campus World Entertainment as an On-Air personality. Jesse Lewis states, “As a spider web is weaved, we too are intricately connected in this global community. Now is the time to understand your duty to serve. I choose to inform through entertainment. I believe we can all make a huge difference.” Jesse Lewis’s most recent projects include his role as a machine gun slinging militant in the “soon to be cult classic” and Sundance and Tribeca Film Festival recognized feature film “Black Dynamite (2009). He can also be viewed in the city of west Hollywood, currently airing public service webisode series “In The Moment”( 2008-2009). With future projects currently in pre-production and an unwavering tenacious spirit, Jesse Lewis IV has decided entertainment is his life’s passion and doesn’t planned on being outworked anytime soon.